The first post of 2020 and the first of many home posts this year, I hope– if budgets allow!

We’ve now been in our new home for over three months and we’ve FINALLY put the finishing touches to Aces bedroom.

Downsizing from his huge nursery in the flat (which you can see more of here) was no easy task, but we are lucky enough to have a separate play room. I can’t even imagine what chaos would lie in his room if we didn’t have this perk!

Decorating his new room was our first priority, and the painting and carpeting was completed before we moved in.

Settling into our new surroundings

To ease him into life in his new surroundings, we chose two of the same paint colours we used previously- Valspar Pinstripe and Singin’ The Blues. In the flat we also used Odyssey from the same range, which we LOVED, but his new room is too small for an additional colour. But I’m sure they’ll be flashes of it in the playroom!

Furniture wise, all of Aces Ikea and Mokee pieces fitted in beautifully. I’m so glad we chose white to brighten up the small space in contrast to the bold navy wall.

The finishing touches are what took the time! Aces first nursery was filled with prints, framed cards and personalised nik-naks, but displaying all these in such a small space would be overwhelming. But it means the playroom has a gallery wall ready to go!

Having a ‘reading’ corner again was so important, and since these shelves have been back up, he’s been asking for several stories a night again. The new book caddy, has been a total hit too!

The final touches, the star garland and Sketchy Mama print are new additions to his room and finish it off perfectly.

It finally feels like he’s got his own space back and it’s so good to have one room completely finished in the house!

Next up… hopefully finishing the lounge and hall. Why do these things take so much time!?! 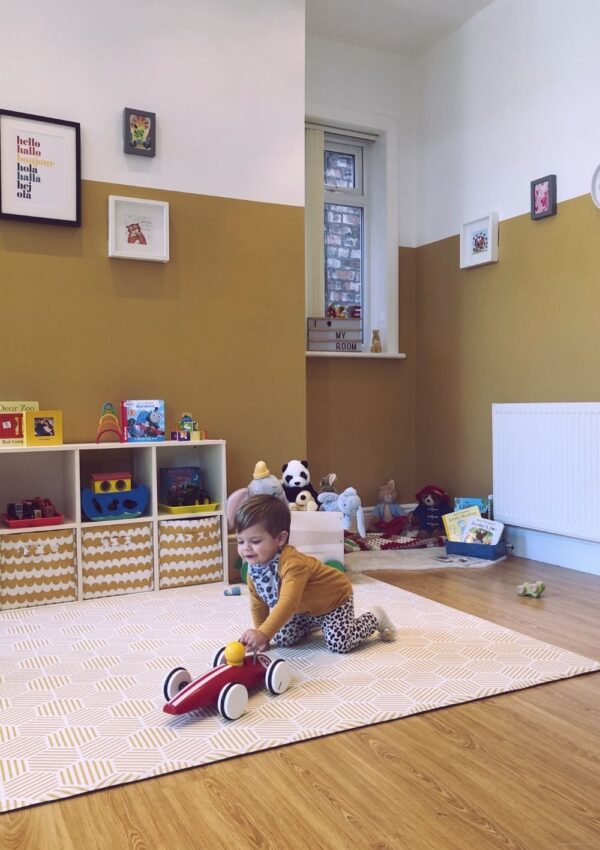 If only every week started with a two course break

The best thing about my job?! I get to have a nose

Oh if only every day could be like yesterday! 🥰

I know I’m about to jinx myself here, but, I fee

Feeling thankful that it’s Monday, and a fresh,

Bonjour! 🇫🇷 Little random round up of my we